Abrogation of Article 35A of J&k is in Favour of our Nation; Know Why? 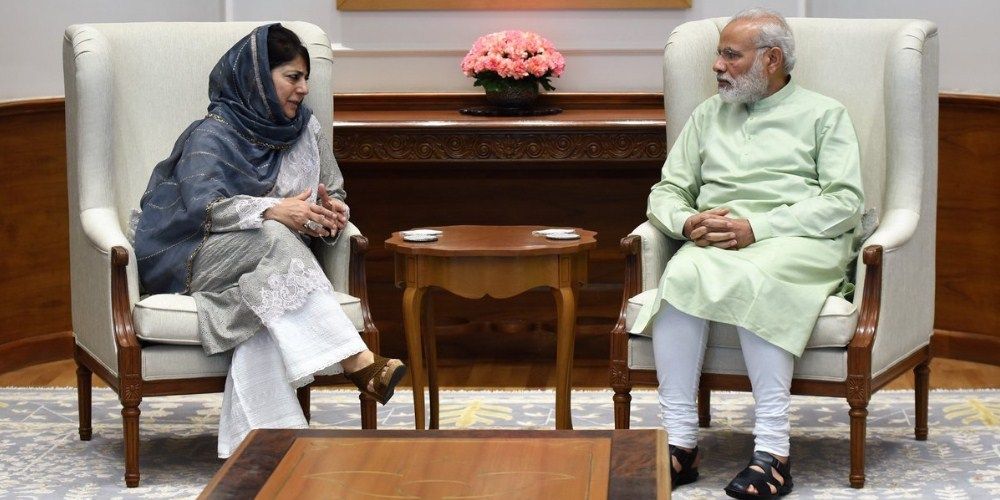 Article 35A which forms a part of the Indian Constitution empowers the Jammu- Kashmir state's legislature. It gives the power to define the permanent residents to the state legislature and provides privileges and special rights to those residents. This provision restricts citizens from the other parts of the country to acquire property in the state, avail state-sponsored scholarship, take up government jobs, and to settle anywhere in Valley.

Recently, Mehbooba Mufti (Chief Minister) has warned Modi government that if Article 35A is tinkered, no one will last to hold the national flag in the state. To this, the state opposition which was led by National Conference said that this will trigger an agitation.

Omar Abdullah created hype on Article 35A by saying:

On the basis of a constitutional provision wherein the union of India was responsible only currency, communication, defence and foreign affairs, that time also it was only one India, over time that position has been eroded, but there is no reason as why autonomous Jammu and Kashmir ceases to be a part of India.

He defended Article 35A and warned of consequences if it is abolished. Congress who has given Omar Abdullah six years of power has no regret on this statement. Farooq Abdullah supports Article 35A by saying:

Article 35A is vital and non-negotiable for the people of Jammu, Kashmir and Ladakh and those trying to divide us on regional and religious lines to further their agenda will have to be defeated.

There is nothing anti-national if any person is defending Article 35A. However Omar is creating hype on Article 35A, when the case of its legality is being heard in Supreme Court. He is trying to divide the people on the regional as well on religion basis.

Coupled with Article 35A, which have provided a constitutional mechanism to promote fissiparous and separatist tendencies in J&K. This Article has created a state within a state and provided justification to so-called sub-nationalism.

This Is Why Article 35A Should Be Removed

Article 35A It was added to the Constitution through a Presidential Order, i.e., The Constitution (Application to Jammu and Kashmir) Order, 1954 - issued by the President of India on 14 May 1954. It was the result of the agreement between Abdullah and Pundit Jawaharlal Nehru and has given great freedom to separatists and radical groups. With respect to the Constitution, all states are equal. Equality should be provided in the Constitution for the residential purpose as well.

Here are more reasons why Article 35A should be removed.

The people living the Jammu and Kashmir should express their willingness. They should stand up for their rights and speak that they won't suffer just because they are a part of this state. The Article 35A should end here, people of Jammu and Kashmir and other parts of India should live together with equality.

Article 35A is the real devil of Jammu & Kashmir because along with article 370 it goes against the fundamental right of Indian Citizens, it is really a foolish statement to say that it will change religious demographics of the state. Indeed Jammu & Kashmir’s demographics can only be balanced if Kashmiri Pandits are resettled and given their rightful place; that cannot be done without dealing or without encircling or without overpowering radical groups.

12 Life Changing Habits which Can Hugely Boost Your Confidence