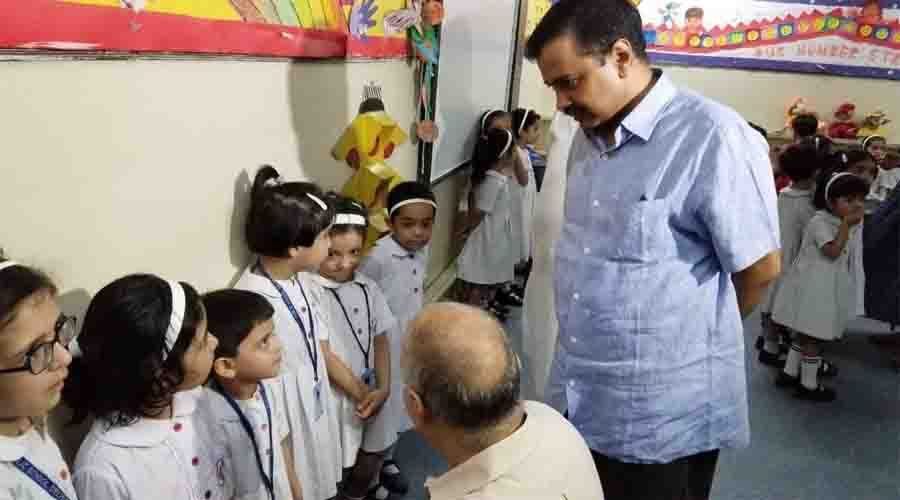 The Aam Aadmi Party (AAP) was formed in the years 2012-13 following the Anna Hazare led a campaign against corruption. Starting as a social organization in its inception, it played a key role in this campaign to implement the Lokpal Bill also known as the Citizens, Ombudsman Bill.

After a thumping victory in the 2014 Delhi Assembly Elections, wherein they won 67 out of 70 seats, the party has completed almost 4 years in office. It is headed by Arvind Kejriwal who is also the Chief Minister of Delhi. The AAP has now a fairly good nationwide presence and has made deep inroads in states like Punjab.

In the four years that AAP has governed Delhi, they have initiated several steps in the field of education, health care, and city infrastructure. The most emphatic of these was in education, which has won plaudits from many social organizations and even independent political analysts.

The government has spent almost Rs 11,000 Cr in 2018 in building improvements and classroom construction. The focus was on changing the conditions of government schools of Delhi. With a large number of children being students of government schools, it is but natural that quality improvement in these schools will overall improve the future human resource capital of the country.

In fact, the educational achievement is now being called as Delhi Model and other states are planning to implement steps in the same direction.

There has been a substantial budget allocation with a single track focus to enhance infrastructure facilities. The 2017-18 state government budget has set aside almost 24% of the total amount for the education sector.

This includes better classrooms and libraries, tablets for teachers and children and close mentoring by teachers of their students, childhood learning centers and new campuses by 2022. Other proposals include setting up of a world skill center, self-defense training for girls and installation of CCTV’s in school buildings.

This is an initiative launched to make a sea change in the syllabus of the schools. For students of Std 1st to 5th, there will be 5 subject exams, and 2 semester exams – first and final, in between the focus would be the development of artistic and sports talents.

The 6 to 10th standard students will have 10 subjects and three-semester exams in a year. The in-between time will be focused on similar cultural, artistic and sports talent. The objective is to have the perfect balance between books and extracurricular activities.

There were many steps taken in this direction. The earlier program SCERT was altered in 2017 through the launch of Teacher Development Coordination in all the schools. It was a platform to step up peer learning among teachers. More than 50,000 teachers participated in the same.

Prior to this in 2016, the government had also launched the School Leadership Program under which school principals were to meet jointly and discuss steps to make learning as an easy method. The defunct school management committees under the Right to Education Act 2009 were also revived with the active participation of civic societies.

This was something which was carried as a regular feature in private schools but was a dormant feature of government schools. The AAP government revived the concept of PTM in government schools in a major way. The first Mega PTM was held in Delhi on October 2017.

the Government of Delhi on the basis of the 6th pay commission implementation directed 575 private schools to refund the fees along with a 9% interest. The reason for this strict approach was to stem the commercialization of education and change the face of education as a “service”.