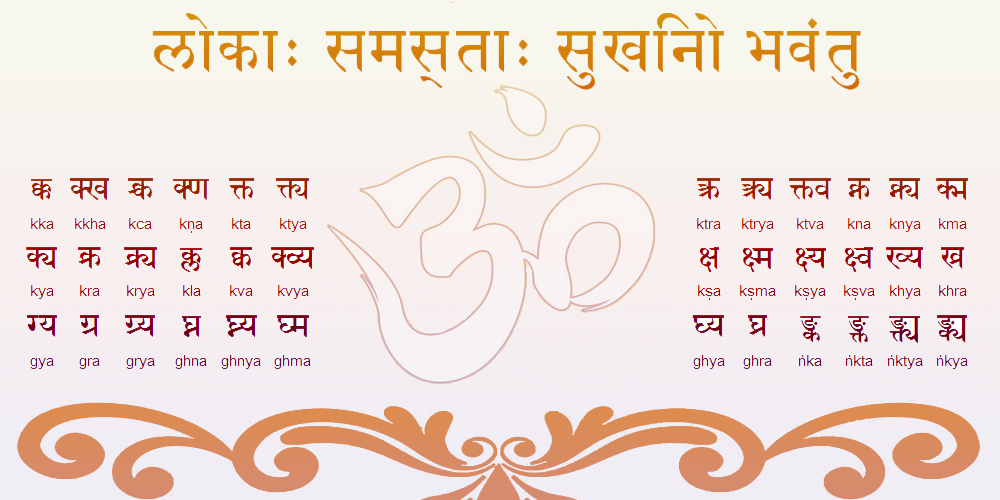 Sanskrit is India’s gift to the world that is unparallel in its perfection and preciseness. It is regarded as the mother of all modern languages and historians often call it the “perfect language”. This is not without reason as Sanskrit is a language that has the most number of letters and aksharas compared to any other language.

The body of Sanskrit literature encompasses a rich tradition of poetry and drama as well as scientific, technical, philosophical and religious texts. The compositions of Sanskrit were orally transmitted for much of its early history by methods of memorization of exceptional complexity, rigor, and fidelity. The language further paved way for Brahmi script and Devanagri language that are still written and spoken in its country of origin. Before we discover the beauty of the language, let’s explore the influence of this grammatical wonder in modern India.

As a spoken language, in the 2001 Census of India, 14,135 Indians reported Sanskrit to be their first language. It is among the 22 languages of the Eighth Schedule to the Constitution of India in terms of official use. It has been vastly and beautifully used in countless poems, literary works and numerous written mediums all through the world. In music, Sanskrit is used extensively in the Carnatic and Hindustani branches of Indian classical music and kirtanas, bhajans, stotras, and shlokas of Sanskrit are popular throughout India.

Perhaps the most prominent use is found in religious scriptures, books and other writings. It holds the secrets of The Vedas, The Upanishads and the Bhagavad Gita and their unadulterated meaning within itself. Being the ultimate language, it brought complete clarity using words the modern world hasn’t yet seen.

The oldest surviving Sanskrit grammar is Pāṇini's Aṣṭādhyāyī ("Eight-Chapter Grammar").The Sanskrit grammatical tradition, Vyākaraṇa, one of the six Vedangas, began in the late Vedic period and culminated in the Aṣṭādhyāyī of Pāṇini, which consists of 3990 sutras. Clearly, it is important to preserve this immense knowledge and there are 18 Registered Sanskrit schools in India that attempt to do so by dedicating all their work solely for upliftment of this science.

Influence On Other Languages

Sanskrit is called the “mother of all languages” and though Western science dates its origin to the 3rd or 4rth century BC, ancient Indian texts take it thousands of years before the Vedas were written. The language was the first ever to exist in the form of speaking and then in the form of script that developed into Brahmi script. It spread from India to China where they whole heartedly regard Sanskrit to be the source of their regional languages. There are two kinds of languages, major and minor.

German, French, Dutch, Italian, Russian, Spanish, Portuguese etc are all major languages and English is a minor language, being a culmination of all of them as it is easily seen that every English word has its origins in another language. Sanskrit has been known to be the source of 36 international languages not including the 21 in India itself. Many linguistic and nations agree that most of their words have been derived from Sanskrit and in the right sense, Sanskrit is the source of all major languages and the origin of language as we know it.

Germany, among many others, is a modern nation that has openly applauded the genius of Sanskrit and has created universities that are solely for the purpose of understanding the language. With their association with the Aryans in the past, Germans are proud to regard Sanskrit as the source of German language.

Many German words find their source in Sanskrit, for example, famous German airlines “Lufthansa” can be broken down into ‘luft’ meaning lost and ‘hansa’ meaning swan and the word literally means the ‘lost swan’. This can be traced back to an ancient species of swans that symbolized spirituality in India that is not seen in today’s world anymore.

Rules of French language also derive their source from Sanskrit.

Reasons Why Sanskrit Is Crucial For Today’s World

Burning of the ancient libraries in the country and misinterpreting the Vedas to make the ‘locals’ look like illiterate villagers are nothing short of crimes committed by foreign traders and conquerors who travelled to India in awe of its mysticism and wealth. This is one of the many great contributions of India to the world and what greater contribution can one have than the gift of perfect communication and elaborate expression?

Get Inspired Good To Know Hindutwa
|Published on October 27, 2018
Writer

Who Did the Congress Had in Mind to Save When Col Purohit was Jailed? Secret Exposed!!

Kinds of Love You Will Have in Your Lifetime!