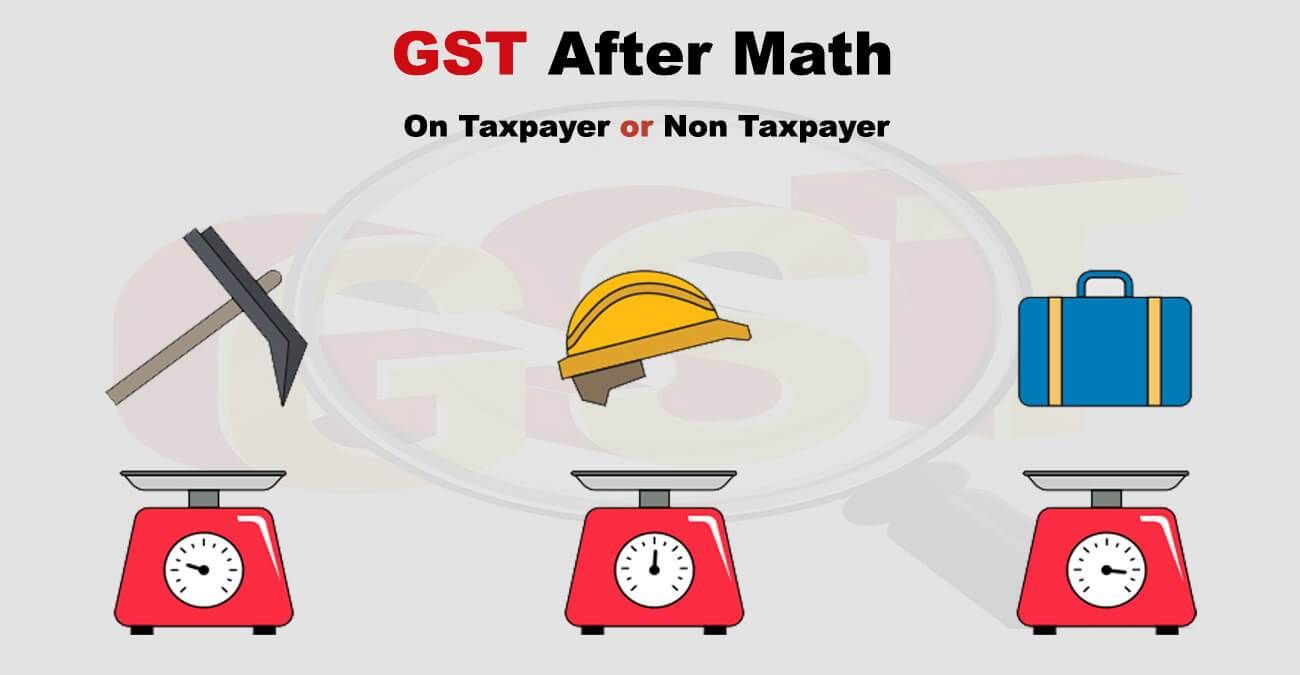 Indian economy is now going to have a significant revolution with the implementation of new tax system- Goods and Services Tax. In fact, this integrated tax will also replace some other kinds of taxes, including sales-related tax and VAT. It has already created a buzz among the corporate people, who want to know everything about the regulations, related to GST. GST compliance rating matter, for businesses as well as individuals. Therefore from the big organizations to the small businesses and consumers- all are concerned on this issue. So, let’s now see how this GST can create an impact on all people.

In the world of taxation systems, only the consumed items are considered as goods. You can use these tangible products only for one time or multiple times. Everything that you utilize throughout a day is called as goods or products. The consumers pay their taxes on another tax, whenever they make any deal. It leads to the rise of price rate of many goods. Some taxes are also variable in nature. The products, such as cosmetics, electronics or cars include excise tax of about 12 percent and 15 percent VAT. These rates differ on the basis of where you reside. GST rules are intended to modify this arbitrary system, and so, they want to maintain fairness in the pricing structure all over the nation. The GST taxation laws will put an end to multiple taxes which are levied on different products.

GST- Its Effects on the Cost of Various Goods

As per Arun Jaitley (Finance Minister), there’ll be zero tax rates for our necessities, like foods. It will help to control the inflation rate. For other items, the tax rate may range from 5 to 18 percent. In the same way, the cost of small vehicles may be more, while GST sticks to 28 percent. On the contrary, high-standard cars, with the present tax rate of almost 50 percent, may have a lower price under this Goods and Service Tax. GST is being launched at the midnight on June 30 and Arun Jaitley has recently added on this as:

When you go in for reforms, you must never blink. If you blink you get derailed.

Another important item to the consumers is the clothes. According to the study of NCAER, GST implementation will cause an intense reduction of the cost of cotton, silk, wool and many other fibers by almost 11 %. The average price rate of apparels will also get lowered. Thus, the poor group of our country will get a benefit. On the other hand, the online deals to buy bags or any other thing may become costlier because eCommerce sector will be under the tax system. The customers should pay tax for each of the purchases. Thus, these digital companies will have the slight decline in their profit level, and they need to be compliant with tax rules. However, the consumers will have not much high logistical charge.

Who are the GST taxpayers?

Those, who are presently taxpayers, have to know how GST emphasizes different entities that have to undergo the registration process under central or state laws. It includes the tax for entertainment, luxury, entry, sales, and VAT. However, the taxpayers do not need to make any payment for the enrollment process. They will get a registration number, and this rule is valid in every Indian state. All the sellers and manufacturers have to pay GST. In addition to it, the telecom service providers and consultants should also pay it. However, as this tax is of the indirect category, the ultimate consumers may need to assume it. The poor people in the rural areas include mainly small laborers and farmers. In the urban area also, there are unemployed poor persons. As per the study of the experts, the new GST rules will lead to the restoration of land, capital, and labor. Poor section of the country will have a rise in their earnings. And there will also be higher development and more employment opportunities.

Other Effects of new GST Rules on Businesses

Starting a New Business Becomes Simpler- All the new entrepreneurs should undergo VAT registration process. In most of the states, these businesses face several issues on various processes and specific charges. But, GST can lead to uniform process with one major registration, which will help anyone to start the business or expand it to other states. Taxation will be Easier- Presently, new companies spend much energy and time to control a number of taxes. It is tough to stay compliant with diverse rules. GST has the target at simplifying this process with integration of all the possible taxes. Advantageous to those, paying tax for service and sales According to the present rules, the restaurants or other businesses that pay tax for services and sales to need to make the separate calculation on both of them. It is really a complicated system. However, GST won’t make a difference of these two taxes.

Thus, the committee, formed for GST implementation, has tried to change the structure of taxation. As per the government’s view, the effect on income will stay neutral. Apart from India, there are many other countries, where GST system has already been implemented. Though they have undergone inflation, they have regained normal condition.