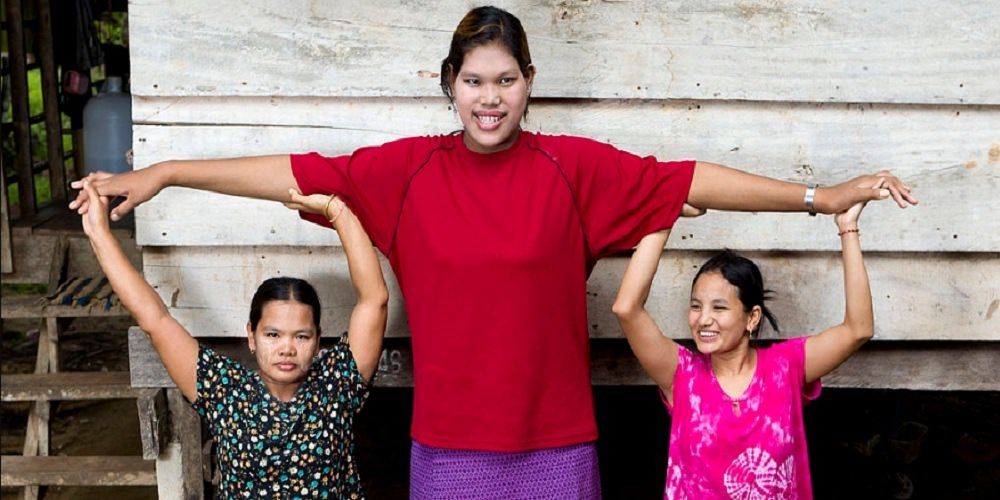 Malee Duangdee, a 15-year-old girl is among those children who have reached excessive height; at the age of 13, she was 6 Feet 10 Inches. There are many children like her who are suffering the same disorder, for example, Naomi (13 years), Vincent (18 years), Lucas (17 years) and Brenden Adams (15 years), all these kids are very tall.

Brenden Adams was born on 20th September 1995 in Ellensburg, Washington. His extreme height was first discovered by his parents when he was 2 months old only. Later it was found that reason behind it was the 12th Chromosome in his body. He used to play football in school and at the age of 13 years his height was 7 feet 4.5 inches and according to doctors, he may reach 8 feet if he grows continuously.

Height is very critical to men as well as women. A small sized women seem to desire to have taller guys whereas a taller man would desire to have a perfect match according to his height. But what would happen if people are exceptionally tall? and if it is about children then things become even critical.

Growing tall is considered as the advantage but reaching excessive height is a growth disorder, it could be due to Klinefelter Syndrome, Cerebral Gigantism (Sotos Syndrome), Growth Hormone Excess, Marfan Syndrome, Homocystinuria and Beckwith-Wiedemann Syndrome.

Natural & Homemade Insecticides to Save your Farm from Pests