In this age of serial hookups and casual sex, we all want to be found desirable. What makes our sexual encounters go from the grind to great? How do we have mind-blowing sex? This has been the subject of interest for years. Psychologists may not have all the answers, but they seem to be getting warm on the subject. A recent exhaustive study published in PLOS One has provided a thought-provoking to-do list for having great sex.

Soft, romantic lighting seems to be the most effective in setting the tone for what is to come after. Most people react favorably to dim, soft lighting during a date. This sets the mood for the rest of the date. And after all, romantic lighting is your best friend when it comes to putting your best face forward, isn’t it? It is forgiving and quite close to an Insta-filter for reality.

Now that you have brought your date to your place, make it look like you made an effort. A little potpourri, some incense or candles can create magic in the air. Romantic décor cranks up the atmosphere for great sex. 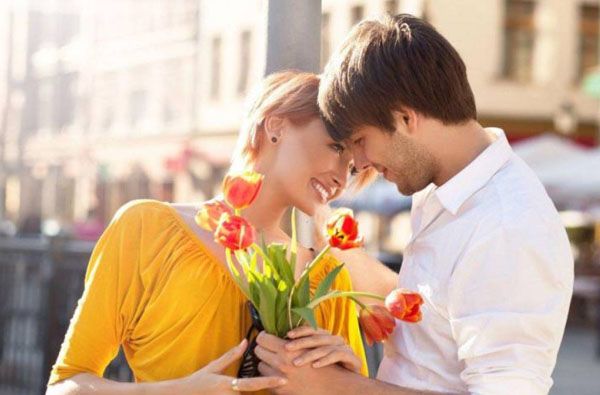 Talking is a great way to show that you are romantically interested in your date. A meaningful conversation, especially among couples already in a relationship, is the best way to say ‘I dig you’. Does wonders for the lovemaking too. The talk could be just everyday chit-chat. It could be intense conversations about science, religion, and politics. It could be dirty talk to get you going for the sex later. It doesn’t matter. According to psychologists, all talk ends up making sex better.

Get romantic with love notes, flowers, chocolates and surprise little gifts. Both men and women concede that the sweet romantic gestures helped them form a stronger connection and in turn, were a huge boost in the bedroom scene.

While talking is important, exchanging glances have also proved to be forming a better connection with your date. Exchanging a knowing look unconsciously makes the two of you a single unit. Better the bonding, stronger the connection, hotter the sex.

Let Your Hands Talk Too

Holding hands is seen as a romantic behavior of the older generations. However, holding hands, patting each other, a little playful squeeze here and there is a clear declaration of intent. This is provocative for our imagination as to what is coming up fast. So don’t be afraid to let your hands do a little talking to your date.

Snogging – Before, During and After

According to a study, this is the most crucial behavior that separates ordinary sex from an unforgettable mind-blowing sex. Kissing before sex is seen as romantic and gets you into the groove. Intense kissing during sex makes it a highly pleasurable experience. And kissing afterward forms deeper connections that extend the sexual act well after its completion. So lock lips for longer and better sex.

Splurge on the Lingerie

According to this study, women find it important to have a sex wardrobe complete with the right lingerie for the occasion. Though this is not as important to men, it is essential for women. So, guys, you may not care so much about the lingerie, but if you care about having a good time with her, then really splurge on some lingerie for her.

Rev up the Engine with Some Sexting

Sending nudies, naughty text messages are a precursor to great sex. This is important for both men and women. It is reported that the sex was felt to be more pleasurable after an exchange of naughty messages and pictures.

This is the age-old advice. More foreplay leads to better sex. In fact, some sexologists advice that the foreplay should be double the time of the actual intercourse. Contrary to popular belief, it is not what you do during sex that matters as much what you do it.

Be open to trying new things

Most men and women find it exciting to be with a partner who is receptive and open to trying new things. It could be indulging in a fetish or new sexual positions or role-playing. The point is to be open to new things. A little imagination and openness can make the sex explosive. Go ahead and get more out of them 11 minutes!