Cameron Mott: Living With A Half Brain 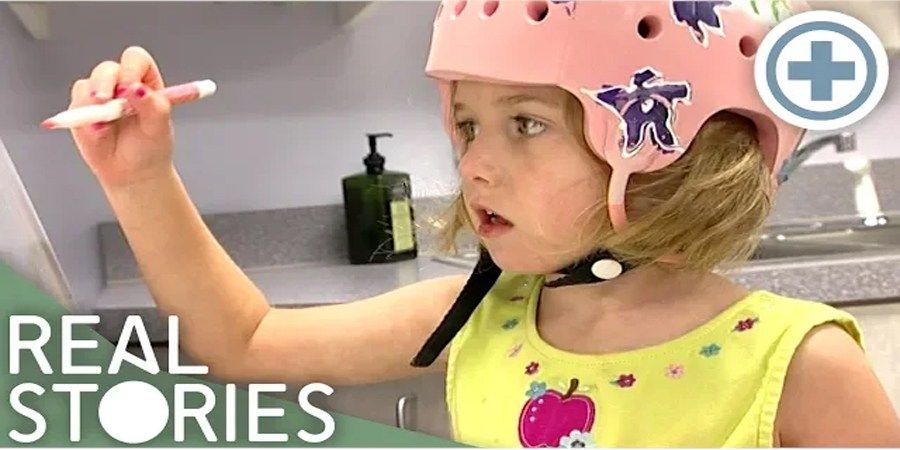 Cameron Mott was only three years old when she contracted a rare brain disorder known as Rasmussen Encephalitis. The disease is seating away a part of her brain, and she is struck with seizures since the beginning of the day after waking up.

Cameron has 15 seizures a day, his parents can have her for only 20-30 mins in the morning, and that is when she enjoys her the most. Rasmussen destroys the brain cells, and it only affects 1 in 1000 children. She has the worst of the seizures, and she always has to wear a specialized helmet.

The effect of Rasmussen has affected a part of Cameron’s brain leaving her paralyzed on one side. Now a Hemispherectomy has to be performed to remove the affected part of the brain, and it is not a regular surgery.

Previously the father of the child had no interest of choosing brain surgery for their child’s head, but it is the last resort, or the disease will spread mad she will continue to have seizures for the rest of her life.

The family prepares for the high-risk procedure as they bring her to the John’s Hopkins Children’s Center in Baltimore. As they prepare for the operation, Cameron’s anesthetist checks her before she goes to the operation theatre.

The operation will take 7-12 hours the hemispherectomy is a systematic process, and the surgeon must go piece by piece when doing the operation. The doctor must leave a piece surrounding the spinal cord, but he has to take the entire part of the affected brain. It was a miraculous surgery where they took away a part of her brain and the operation was successful leaving her stable.

Girl Living With A Half Brain

In another story, 14-year-old Shaun Goldthorpe is preparing to go through a brain operation as well where a part of his brain will be removed. Shaun suffers from epilepsy since he was nine; he had a brain hemorrhage in 2001.

At the age of five, Shaun was diagnosed with leukemia but later on cancer goes and he has to live with epilepsy. He has been ill for 10 years, but this operation could cure him and give him a better life. There is no sure shot possibility that he could be okay because the chances are scarce.

The hippocampus lies in the mid area of the brain where the chances of damage are small, but the effects can be devastating. A cut could cause hemorrhage, so the doctor cuts open the tissues. Shaun had seven percent of his brain removed so by the time they will know whether he is cured or not; it will take months. There will be chances that he will become seizure-free.

In Baltimore, Cameron tries to use her left arm but the removal of the part of her brain has left her paralyzed, and the other half should learn to work the rest of the body. In 10 days, Cameron returns home and meanwhile,

Shaun returns home in Barnsley, it was 3 months since the operation, and he is seizure-free. Both Cameron and Shaun are better now.